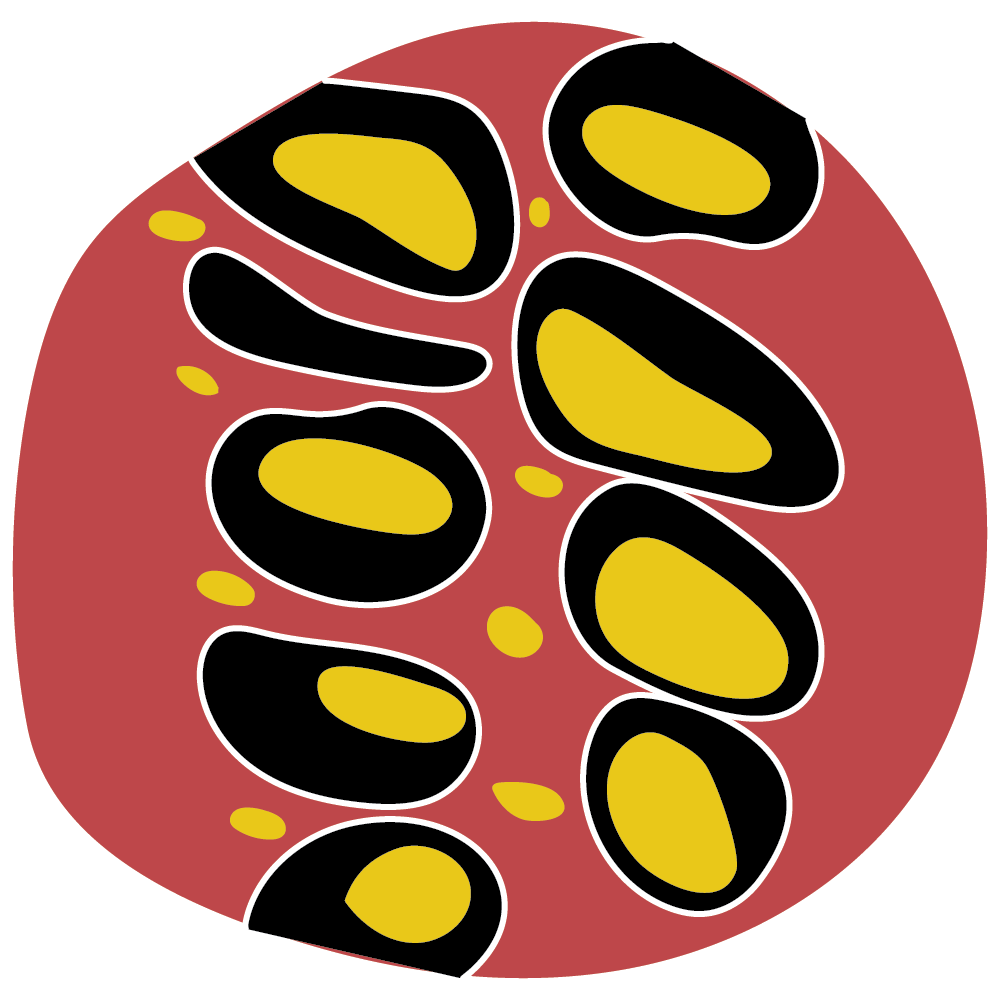 Deadly Liver Mob has now been run in nine sites within seven local health districts (LHDs) in NSW. Each of these has varied in terms of local services and conditions that were available to support the program.  We collected information from each site through interviews with staff and clients, collating issues in an ‘issues register’, and regular catch up meetings with sites. This information helped us draw together some information about how each site analysed their situation and modified the Deadly Liver Mob program to fit best with the local context.

Below, we have summarised these learnings to support other sites in setting up or modifying their own Deadly Liver Mob program.

It can be disappointing and stressful for Deadly Liver Mob workers to say ‘no’ to people who need support. Previous workers have been able to explain that this program is for the well-being of Aboriginal people. In some sites, a separate program, Postively Hep (Miller et al., 2019), was introduced to provide non-Aboriginal people with a similar program of education, screening and referral to treatment.

Deadly Liver Mob requires Aboriginal staff to work in ways that are often different to their usual practice. Some Aboriginal staff were said to experience increased workloads, stress, burn-out and isolation at work, particularly in rural settings.  Deadly Liver Mob programs should ensure that there is sufficient/enough support for Aboriginal workers to undertake this program work.

‘And you know you can’t help but be touched by the stories and even though I'm experienced in this area I would still feel, at the end of some days, I would just feel wiped out and not from the physical workload it’s the emotional side of it and hearing the stories and the level of disadvantage and the sadness in people’s lives and … the things that have gone on in their lives, and it just makes you realize even more you know, walk a mile in my shoes before you, you can never judge people can you?’

The outline of incentive amounts is a guide. Some sites have changed these amounts to suit the local conditions. For example, some sites have provided $20 for screening, results and 3rd hepatitis B vaccination ($10 more than other sites), and $10 for each person a client recruits to the Deadly Liver Mob program ($10 less than other sites). This is because sexual health is not directly co-located and a greater incentive may be required for participants to screen and return for results, especially where significant travel is required. 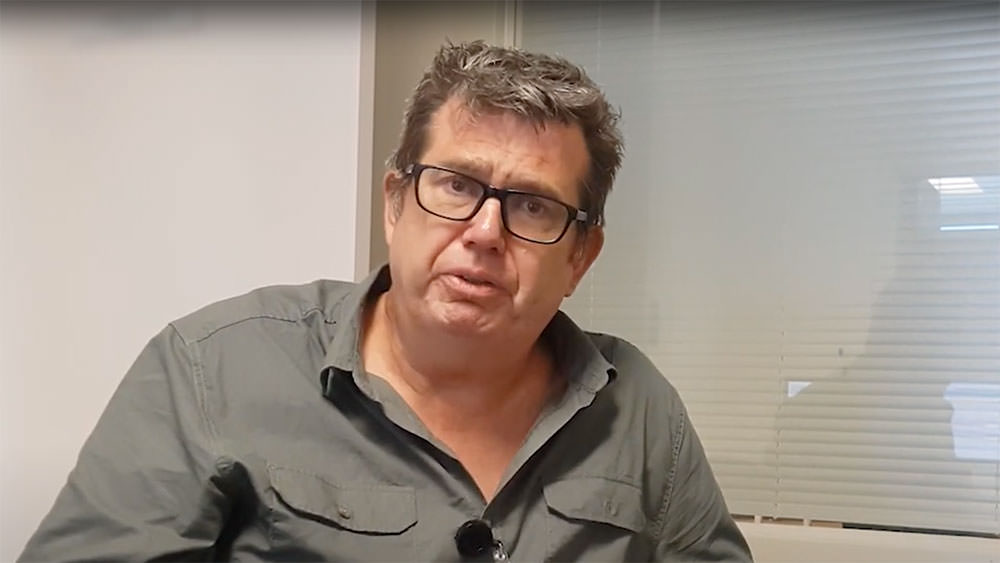 The distance that clients need to travel to access DLM sites is important particularly for non-metropolitan sites. Some clinics provide transport within the local area. However, return to the clinic for results may require round trips of hundreds of kilometres. Flexibility in providing results such as over the phone (and holding vouchers for when the client next returns) or the use of outreach or mobile services may be required. Of course, all activities must be in line with the policies of the health service.

‘Trying to engage clients into the follow-up testing result and treatment, is a lot more difficult and they’ve indicated that transport in regional and rural areas are really difficult, they’ve got to rely on mates who are going in there, they tend to all pack into the one car and you know if we could get out to them it would be far better.’

In other areas, parking at the Deadly Liver Mob site was identified as a barrier to the program as potential clients were not able to stay in the site for the time required for education and testing. Trouble shooting is required in the local area to find alternatives to support participation in the program.

Fixed sites for Deadly Liver Mob need to be carefully considered as some Aboriginal clients will not attend specific areas if, for example, a program site is situated where there are family or community rivalries or conflicts, or because of ‘shame’ or embarrassment. The use of ‘liver’ in Deadly Liver Mob was a specific choice to ensure that the program did not attract negative reaction.

Several Deadly Liver Mob sites conducted outreach to a range of services. These sites noted the limitations of encouraging people to come to a fixed site. Outreach Deadly Liver Mob sites allowed the program to contact potential clients in sites where they already access services. In doing outreach, Deadly Liver Mob programs need to organise the ways in which the aspects of the program (including testing and medical records for sexual health services) will be managed.  The provision of incentives may be sensitive at the host service, so consultation around this issue needs to occur early.

Further, if travel is required (particularly in non-metropolitan areas) for outreach work, this may mean that Deadly Liver Mob workers have less time to complete administration and other tasks associated with the program and other aspects of their work. 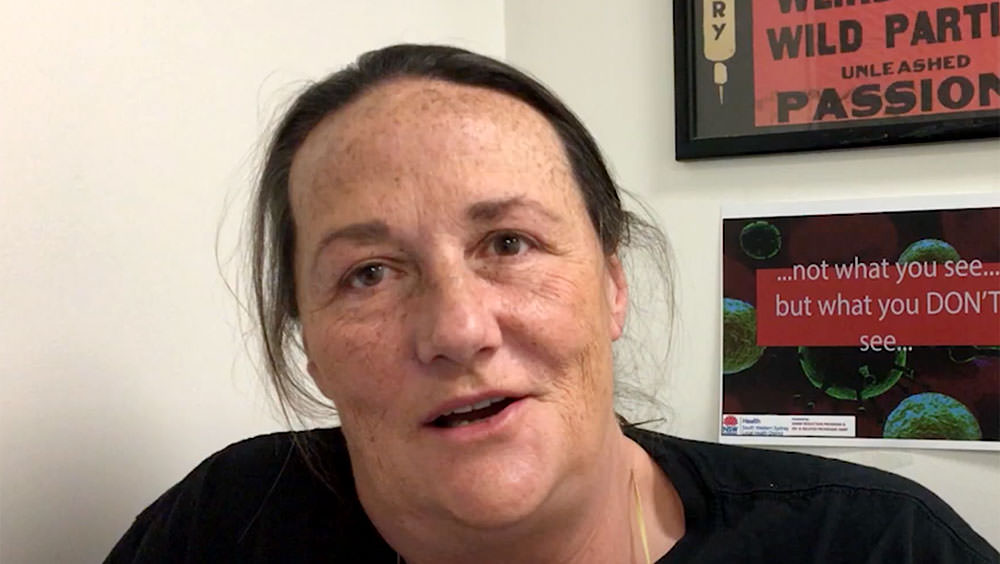 ‘So the whole point of outreach is to engage with clients and certainly if we see Aboriginal clients on outreach, we promote the Deadly Liver Mob project through outreach and encourage people to come up once we’ve explained what the initiative is about.’

‘The clinic took an outreach vehicle to Yabun and we worked in conjunction with the medically supervised injecting centre, with NUAA, with Hep NSW, with South East Sydney local Aboriginal health unit and the Harp Unit … so we had a ground swell of people working there to engage with Aboriginal people who were attending the Yabun Festival to engage with them and talk about what we do and there was some dry blood spot testing undertaken on that day and we did some peroxide training so that’s a fantastic initiative that we could do at such a festival. People know us and recognise us, and they know what we do, but it’s a way to introduce us to the broader [Aboriginal] community to promote the health and well-being of all clients.’

Newer testing technologies may assist when it is difficult to organise clinical services. For example, dried blood spot testing for HIV and hepatitis C is available in NSW. However, this test does not include STI, hepatitis B or liver function tests. Similarly, point of care machines are available in some sites, but only hepatitis C RNA will be assessed. At present these tests are not available for general use. Advances in this field should be monitored to ensure that clients of Deadly Liver Mob are able to access the most convenient services.

Some sites had difficulty covering the increased costs associated with pathology tests. For example, Needle and Syringe Programs may not be provided with budgets for clinical services, or sexual health services do not include full hepatitis C testing (including RNA tests) as part of their core work. This remains a challenge in some settings. Early discussion of these issues in setting up Deadly Liver Mob programs is required. Further, jurisdictional health services can support the program by ensuring that sexual health strategies are inclusive of hepatitis C testing and treatment as core business.

In some sites, there are no major supermarkets. Vouchers for local vendors can be purchased. Negotiations with vendors will be required if restrictions are required to exclude the purchase of alcohol and tobacco. 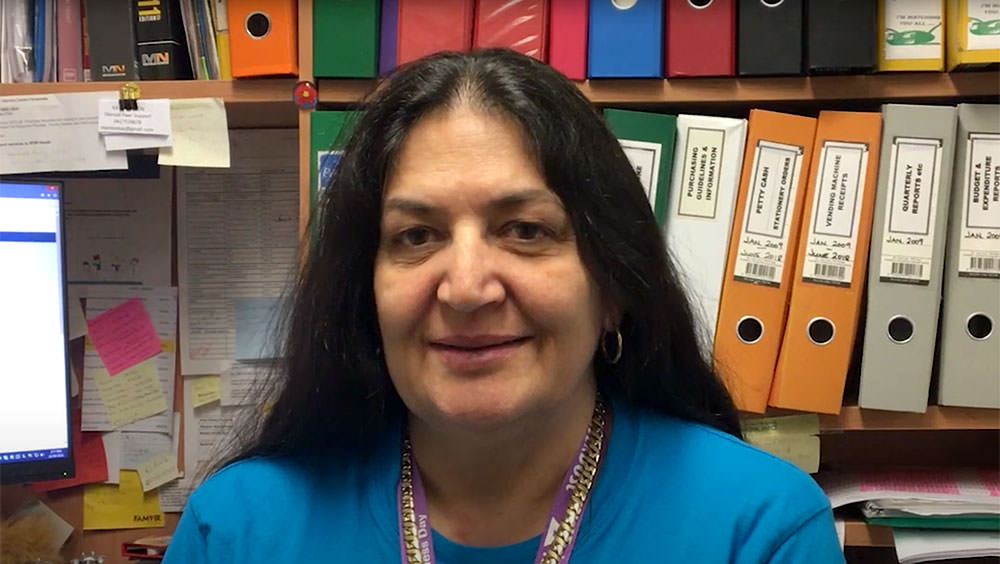 There may be varying levels of support for providing incentives for the Deadly Liver Mob program. Indeed, interviews with staff involved in the program showed some strong and negative attitudes towards incentives, at least initially. We have summarised the evidence regarding the benefit of incentives particularly for marginalised communities. It may be worth taking time to explain this to all staff involved in the program.

'I keep on wondering like everybody else, would Deadly Liver Mob work or not, because I for one was not a big fan of incentives. I thought it was not the way to go, because it was just bribing people … but then again after it started and then it just took off, I thought, “Yes this is the way to go”.'

‘It seemed that the benefits Deadly Liver Mob out-weighed the cost, and the cost was not big. You know, think about the money we’ve paid [for incentives] compared to the cost of treating someone if they went into hep C treatment … it feels like a no brainer … but I think for [Aboriginal] people, I think that they’ve got so many other things to contend with’

The Deadly Liver Mob program needs to re-contact participants to provide results of tests if participants do not return. Program workers used a variety of ways to keep connected including: phone number (of the client and others close to them), email, Facebook messaging and contact via other services. All of these contact mechanisms need to be in line with privacy regulations and with the client’s consent.

Most Deadly Liver Mob sites showed an initial spike in the number of Aboriginal clients attending the program. This is an exciting and motivating response to the program. However, such increased rates of participation cannot be maintained over time. It is important to manage expectations of program sponsors so that any subsequent drop in numbers of clients is not seen as a program failure. As shown in the section on program evaluation, participation of Aboriginal clients is not stable across time but is significantly higher than baseline (that is, prior to the Deadly Liver Mob program starting).

In most cases, the Deadly Liver Mob program required the participation of Needle and Syringe Program (NSP) and sexual health services. In some health districts, these services were managed by the same area and were even co-located, hence coordination of support was managed within that group. In areas where NSP and sexual health services are managed by different groups, early consultation is required to bring each group into the program with an understanding of how it operates, the expectations of each service and the benefit that the Deadly Liver Mob program can provide to the community and to the operations of each service. 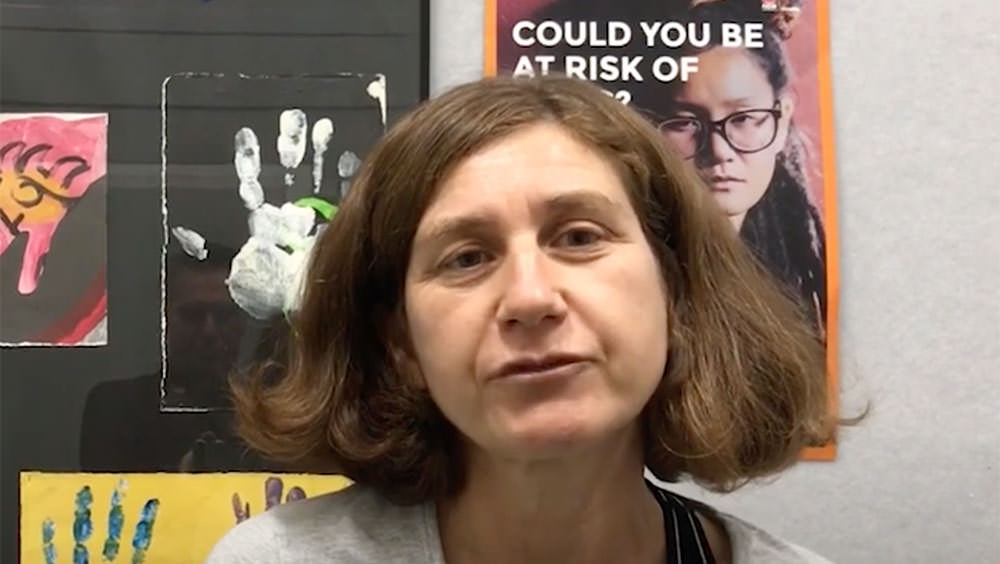 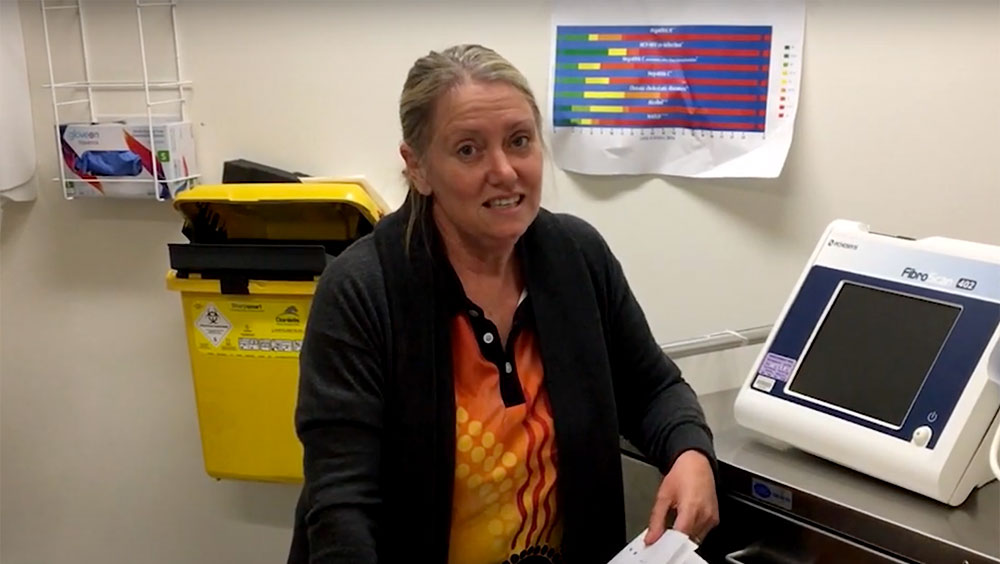 Staffing composition is important for the success of a scaled-up program. The Deadly Liver Mob team should be a mix of Aboriginal and non-Aboriginal people, though the primary front-line worker must be Aboriginal.

Staff may witness first-hand clients’ disadvantage and trauma, putting workers at risk of burn-out. The mental and physical health of workers requires monitoring and supporting through debriefing programs and ongoing primary care. Most mainstream health workplaces require mandatory training in Aboriginal cultural awareness. In addition to this, it is helpful if non-Aboriginal staff can attend programs to familiarise workers with the social disadvantage faced by Aboriginal communities and the impact that disadvantage has on clients’ health.

When and where to run Deadly Liver Mob 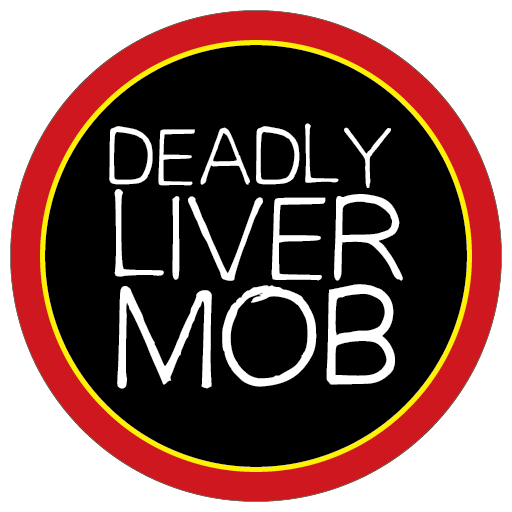